Through the ILove Israel Seed Capital Crowdfunding Campaign (“the Campaign”), I seek to raise money to help me turn ILoveIsrael from a website a functioning, professionally-staffed nonprofit.

To validate my qualifications to perform the work I describe in the Campaign as being necessary to achieve this goal, I submit the following tangible excerpts from my work experience, and client reactions:

(1) Examples of my work to combat the mass incitement of anti-Semitic & anti-Israel hatred, through investigative reports and documentary videos

(1) Examples of my work to combat the mass incitement of anti-Semitic & anti-Israel hatred, through investigative reports and documentary videos

(1.1) Documentary: “The Huffington Post’s Anti-Semitic Bias and Incitement During the Third Intifada” (2016)

(1.4) Report: “The LGBT filmmaker boycott of Israel is anti-Semitic and hypocritical” (2020)

(1.5) Infographic: “Is Israel an apartheid nation?”

(1.1) Documentary: “The Huffington Post’s Anti-Semitic Bias and Incitement During the Third Intifada” (2016)

This 44-minute documentary, which I wrote, designed, produced and narrated, was hailed by the watchdog group CAMERA, author Melanie Phillips, terrorism analyst & professor Ryan Mauro, and other notable figures, in this 2-minute video.  Also see trailers 1, 2, 3 and 4.

The documentary was released on March 1, 2016. Here is the full version:

(1) This slide show exposes how HuffPost showers personalized, graphic, name-specific global sympathy on Palestinians who allege they were victims of unprovoked Israel aggression:

“HuffPost’s Sympathetic Treatment of Palestinians” by Jon Sutz from JonSutz1

(2) This slide show illustrates some of the Jewish victims of the Third Intifada, not one of which HuffPost covered:

STW: Funerals for Jewish victims of the Third Intifada from JonSutzSTW

This documentary was released on April 13, 2016 — barely six weeks after the release of my earlier documentary, “The Huffington Post’s Anti-Semitic Bias and Incitement During the Third Intifada” (above).  Here is the full video:

In this investigative report, I document a NY Times Tweet that opened with a factual assertion that could well have been by Hamas, or ISIS:

“The Israeli Defense Ministry’s research-and-development arm is best known for pioneering cutting-edge ways to kill people and blow things up.”

At the time this incident occurred, I was already deep into developing an information-packed resource page for ILoveIsrael.me: Israel’s humanitarian benevolence – even for enemies. Section 3 on that page documents some of the super-human, little-known lengths to which the IDF goes to figure out how to protect innocent civilians, even when terrorists are using them as human shields (or they are acting in that capacity voluntarily). One of the items on this page is this interview that I conducted with a former IDF special forces soldier, Doron Keidar, focusing particularly on this aspect of IDF ethics:

“[W]e have what are called ‘purity of arms’ (טוהר הנשק) instructions, which we receive when we are first issued our weapons. They are basic principles about when and how we can use our weapons. It is the ethical code that clarifies that our weapon is the last option and mainly for defense.”

As an experienced investigative journalist and researcher, I believe my utilization of this ILI resource page reduced the time necessary to create my report by 70-90%.

This is the title graphic I produced for my report: 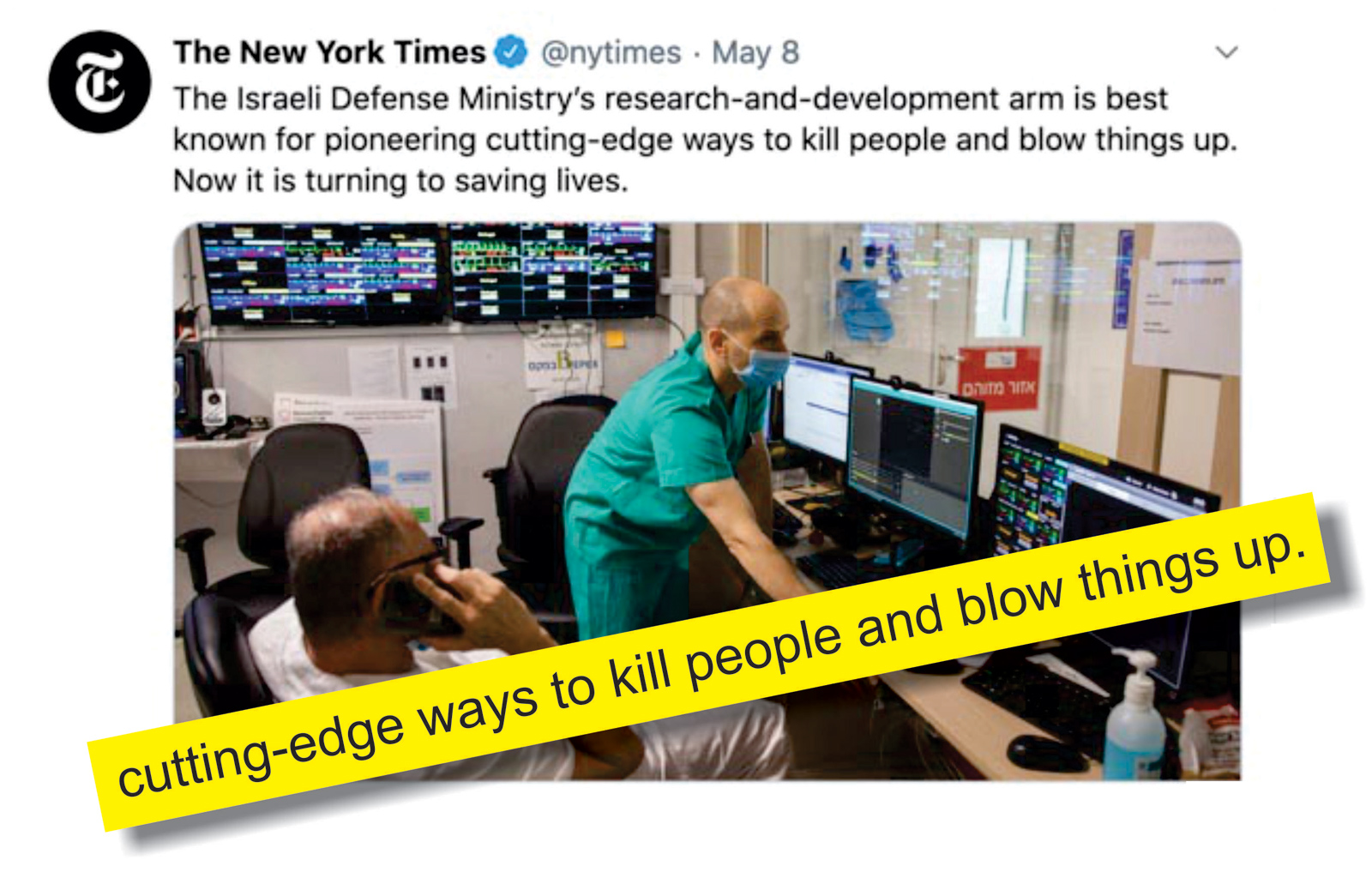 My purpose in creating this report was to:

Here is the summary slide show (see more of my infographics here):

(1.4) Report: “The LGBT filmmaker boycott of Israel is anti-Semitic and hypocritical” (2020)

My purpose in creating this report was to respond to an anti-Israel boycott mounted by LGBT actors, directors, producers & artisans that claimed the Jewish state oppresses Palestinians, and thus does not deserve to have an LGBT film festival. At the time news of this boycott emerged, I was nearing completion of this resource page for ILoveIsrael.me:

As an experienced investigative journalist and researcher, I believe my utilization of this ILI resource page reduced the time necessary to create my report by 70-90%.

This report exposes the following:

(1.5) Infographic: “Is Israel an apartheid nation?”

I was commissioned to produce this infographic by a now-defunct Israel-focused nonprofit. They opted to not use it. I do.

(2.1) I helped a small Virginia homebuilder to win the most prestigious national award in its industry (business plan and application materials)

(2.1) I helped a small Virginia home builder to win the most prestigious national award in its industry (business plan and application materials)

As Gaffney Homes, a small home builder in Central Virginia, approached its twentieth year in business, it decided to enter the annual America’s Best Builder (ABB) competition, the most prestigious in the home building industry.  In addition to detailed responses to a series of marketing and operational questions, the ABB application for consideration also requires disclosure of each competitor firm’s business plan.

I was retained by Mike Gaffney, the firm’s founder & president, to consult on, design, write/edit and produce the firm’s first comprehensive business plan and all ABB application materials, and conduct a thorough marketing program assessment.

As Mike later attested, in his letter of recommendation for me, the business materials I produced were, according to one of the ABB judges, helpful in securing Gaffney Homes’ victory:

“Jon assured us at the onset that he would assist us in producing a business plan and application that would be immediately distinguishable from others […] One judge specifically cited the easy to follow layout of our business plan as being a critical factor in helping to put us over the top.”

Zuhdi Jasser, MD is a nuclear cardiologist who founded and leads the American Islamic Forum for Democracy (AIFD), a pro-American, anti-terrorism, anti-Islamist (Muslim supremacist) think tank. For background on Dr. Jasser and the monumental challenges he faces, see his bio, the documentary “The Third Jihad,” and his recent book, “A Battle For The Soul Of Islam.”

From 2007-2012 I provided a wide variety of creative consulting, graphic design, writing-editing and research services to the AIFD, ranging from redesigning the AIFD’s logo (finished version at right) to operational assessments, strategic counsel and more.  One of the great privileges of my life was to deal almost exclusively with Dr. Jasser, and to call him a friend and ally, nearly 10 years after I last worked for him.

Here are excerpts from Dr. Jasser’s letter of recommendation for me:

“Jon has an uncanny grasp of the challenges facing those wishing to advocate liberty in the public square, which are even more significant and complex, given the AIFD’s mission to do so in an environment that encompasses religion, law, philosophy and national security. We found his input on our (existing) website, logo, and the body of other visual and written media we have developed and employ, to be uniquely on-point, and well thought-out. […]

“His expert contributions to the AIFD grew not only from just our media, but into his development of a powerful assessment of our organization’s intellectual positioning in the ‘marketplace of ideas,’ and an invaluable, graphical ‘force-field analysis,’ which Jon recommended, and created for us. […]

“Jon’s combination of marketing, graphic design, writing, editing and research abilities and knowledge, along with his deep understanding of the ideas of liberty and security, upon which the AIFD is focused, made his contributions not only superb, but unique.  He was clearly not only working on our project as a job, but as an individual who loves what he does, and loves the ideas of liberty.”