The world’s first 3D-printed vegan steak is here and it could be hitting restaurants soon, by
Lizzie Thomson, MetroUK, June 30, 2020. Excerpt:

Just when you thought 2020 couldn’t possibly get any more bizarre, a company has brought out the world’s first 3D-printed vegan steak.

Redefine Meat, an Israeli company based in Rehovot, has unveiled an ‘Alt-Steak’ which replicates the texture, flavour and appearance of real-life meat – all thanks to 3D-printing technology.

The new Alt-Steak is made out of soy and pea proteins, coconut fat and sunflower oil, along with natural colours and flavours.

Designed to recreate the muscle structure of beef, the faux steak is high in protein and – being plant-based – has no cholesterol.

It seems no details have been spared with this creation either.

The company is expected to start testing the alternative beef cuts in high-end restaurants in Israel as earlier as next month – with plans to roll it out in European restaurants next year and at supermarkets in 2022.

More: Learn about, and donate to the SOS Pets dog shelter that Renny mentioned in English and Hebrew.

Why Tel Aviv is so crazy about dogs, by Andrew Tobin, Times of Israel, September 1, 2016. Excerpt:

It’s not every day you see a dog getting a massage. But in this Israeli city, somehow it seems expected.

One of the longest massages of the day went to a luxuriating yellow Labrador mix. Nearby, a pair of well-kept poodles snacked on maki tuna rolls and posed for professional photos. Leashed shoppers sampled organic gluten-free kibble, tried on boutique collars and leashes and eyed bespoke dog tags and local dog-themed art. 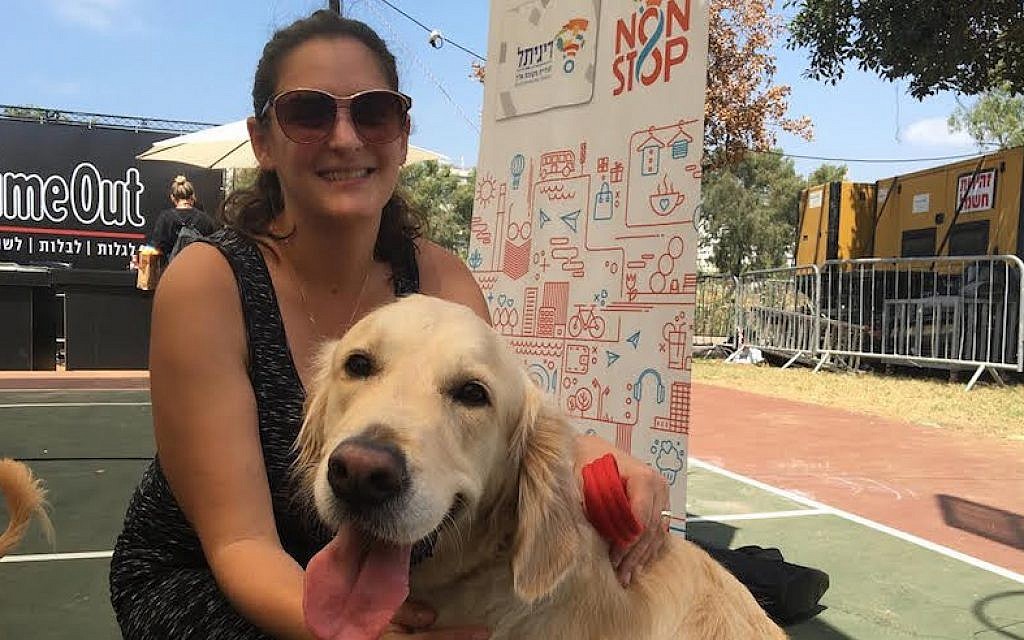 Mira Marcus, the city of Tel Aviv’s director of international press, with her dog Shani at the Kelaviv dog festival in Tel Aviv, Aug. 26, 2016. (Andrew Tobin/JTA)

What is the most popular dog breed in Israel? How many dogs were born in 2018? And what is the most common puppy name? The Ministry of Agriculture released its annual report summarizing the data available on Israeli dogs.

Some 56,219 new dogs were born and added to the Ministry of Agriculture database in the past year.

Is this the best place in the world to be a dog? by Benyamin Cohen, FromTheGrapevine, September 15, 2016. Excerpt:

This metropolis might just be the most canine-friendly city on the planet. Find out why.

As the dog days of summer come to a close, there’s one city where the party is still going on. Welcome to Tel Aviv, Israel, which is reported to be one of the most dog-friendly cities in the world – where it’s common to take your pup to the store, a party or even the office.

According to the city, there’s one dog for every 14 residents – one of the highest rates in the world.

Last month, the coastal Mediterranean metropolis played host to a city-wide dog festival. Thousands of people attended workshops about animal emotions, got sneak peeks of new tech products for dogs, received free lessons from trainers and shopped for the latest in canine couture. There were also caricature artists on hand to draw that perfect picture of you and Fido, as well as therapists giving dog massages.

Of course, the dogs got to socialize as well. But that’s nothing out of the ordinary in a city where dogs have their own dedicated beaches and more than 60 dog parks. The city also is home to an annual Doggie Run, which includes seeing-eye dogs for the visually impaired who want to participate in the 3.5-kilometer run.

Dogs in Tel Aviv also go to the movies together. Seriously. Earlier this summer, the city hosted a rooftop screening for pets and their owners to watch a hit blockbuster. So, which movie was it? “The Secret Life of Pets,” of course.

TV for dogs, doggie resorts, high-tech pooper scoopers — ISRAEL21c brings you some of the more unusual ways that Israelis are making life better for pooches.

Israelis love their dogs. Nearly 400,000 pet dogs are listed on the Israeli Ministry of Agriculture’s National Dog Registry, and Tel Aviv has the largest number of registered dog owners in the country.

Whether it’s high-tech ways to get rid of doggie doo, unique training programs to turn pooches into Alzheimer guide dogs, new vaccines, or even special television channels for dogs, Israelis are leading the way to make life better for man’s best friend.

Here are some of ISRAEL21c’s favorite ways Israel loves dogs — things that will help you love your dog, too, no matter where you live:

Yotvata project will allow female calves to stay with mothers until weaning — but male calves will still be separated, sent off for fattening and slaughter.

The Yotvata dairy farm in southern Israel is launching the first pilot project of its kind in an industrial cowshed in Israel — and will not separate female calves from their mothers right after birth.

The project will be run at a relatively new cowshed at Moshav Idan in the southern Israeli Arava desert, Zman Israel, the Times of Israel’s Hebrew language sister site, reported.

The widely practiced separation of calves from their mothers within an hour of birth has attracted increasing criticism both from within the dairy industry and among animal rights activists. It creates severe distress for mother and calf and is seen as aggressive and cruel. 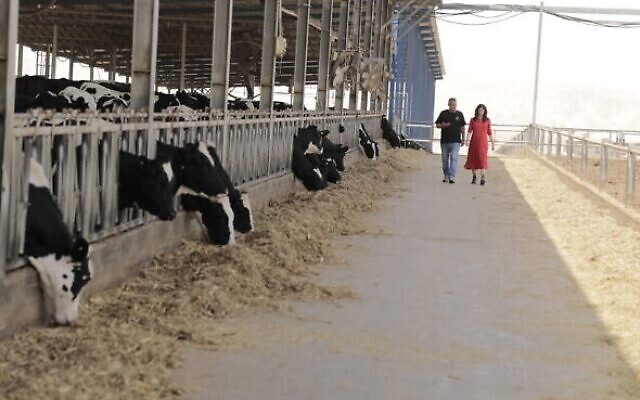 Dogs were trained to smell cancer through different samples before, but “Dog Prognose” does it for the first time through saliva.

The name of the laboratory is “Dog Prognose.” It allows a person to send a saliva sample (in a small plastic container), and receive an immediate answer as to whether they have cancer. The cost of the test is NIS 399, just a little over $100.

Uri Bakeman, professional dog trainer and owner of the laboratory, told Army Radio that “the most important issue is that this test detects the disease at its earliest stage, since the dogs can identify the characteristic signs of the smell of the disease. If the dog sits down after sniffing the sample, it means it is suspicious.”

In a recent study conducted by Prof. Pesach Schwartzman of Ben-Gurion University, it was determined that various types of cancer share an odor that dogs are capable of identifying.

A famous case involved Daisy, a dog who managed to correctly identify 500 cases of cancer, and smell a total of 6,500 samples. Daisy, who worked for “Medical Detection Dogs”- a foundation in the UK – passed away last year.

Daisy was a pioneer in sniffing out cancer cells in breath and urine samples, and even detected her owner’s breast cancer in its early stages.